New in Handmade Happiness and this blog is nearly 10 years old!

This week Tanya Williamson has brought in lots of new cushions and new framed pictures. Kate Box has just added to her popular wrist warmers and neckwarmers and I've made some more jewellery. The shop is well stocked for a busy Saturday.

I just read the first posts I wrote on this blog. I started writing it when frantically busy preparing for the Country Living magazine show in Islington. I used to do that show every year and I thought it would be fun to write about the lead up. First post September 22nd 2008.

By October 2008 I was writing about the dream to own my own shop. Back then I didn't seriously think that owning a shop was possible. I lived in Chichester then and shop rents were impossibly expensive. I couldn't have owned a shop in Chichester but I do own a shop in Petersfield.

I wonder if consistently writing a blog for nearly 10 years is some sort of a record? This blog has had it's ups and downs. When it started all the readers were British. Now over half are American and often there's as many French readers as British ones. The comment option has never been used and that's ok. I can see from the stats that plenty of you are still looking at it. So thank you.


I am excitedly looking forward to stocking more of Sarah from Northfield Primitives unique work.
The shop mostly stocks the work of local artists but when I saw
Sarah's things on Instagram last year I knew they were just right for Handmade Happiness. The items pictured all sold last year and there will be some different things and some of the same things in the shop shortly. Watch this space, or better still, come into the shop.

Her items are beautifully made and are the kind of pieces you just fall in love with. If you're on Instagram you can see more on @northfieldprimitives. She also has an etsy shop.
Posted by jenny at 08:29 No comments:


On Monday I went to see my daughter in Tring and she drove us to Amersham old town for the day. And I fell in love with the place.

It is picture perfect, like a period film set. Along the High Street every building is centuries old and yet perfectly preserved. I was shocked by how attractive it is.

Set in the Chilterns there are rolling hills all around and yet, I was told that it's on the end of a tube line so only 35 minutes to Marylebone. An hour to the city and central London so it's commuter belt and, because of this prices are higher than I hoped!

My daughter and I had a delicious toasted goats cheese and red pepper sandwich followed by a Moroccan orange piece of cake at The Grocer, pictured above. I imagine going there a lot!

There was just one charity shop where I was thrilled to pick up a lapis lazuli necklace for just £1. A smart interior design shop where I mistook pieces of patterned paper for gift wrap and they were actually wallpaper - sold in metre lengths and, nearby, probably the best toy shop I've ever come across.

I imagined that a shop like Handmade Happiness would be very successful in a town like this...so I thought I'd just find out how much a house like the one above and the freehold shop with living accomodation would cost...

However, all is not lost. I am newly inspired to make the very best of my Handmade Happiness shop here in Petersfield, a town that, until very recently, I really believed was the best place to live in the country!! 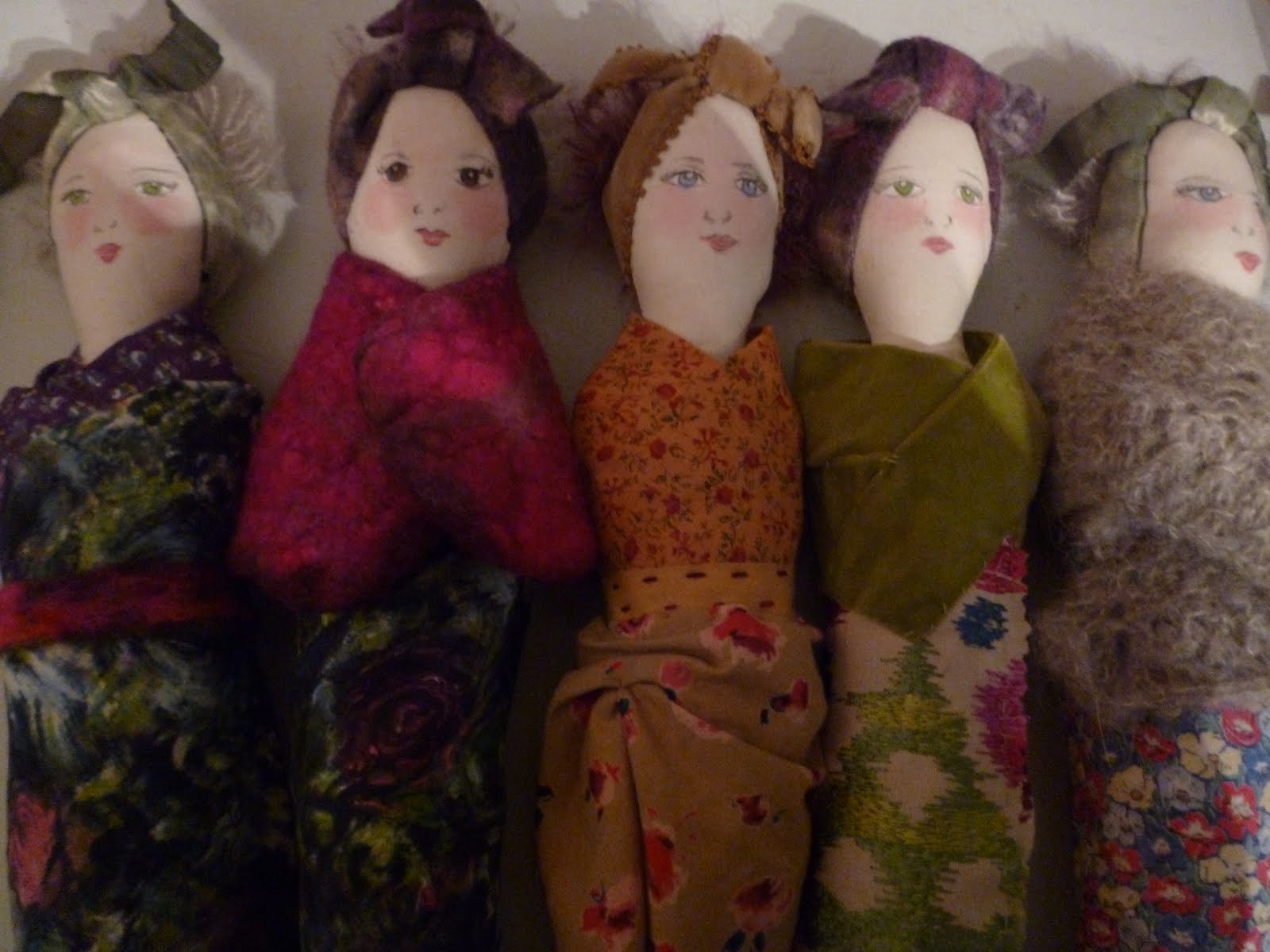 Dolls made by Jenny Stacy 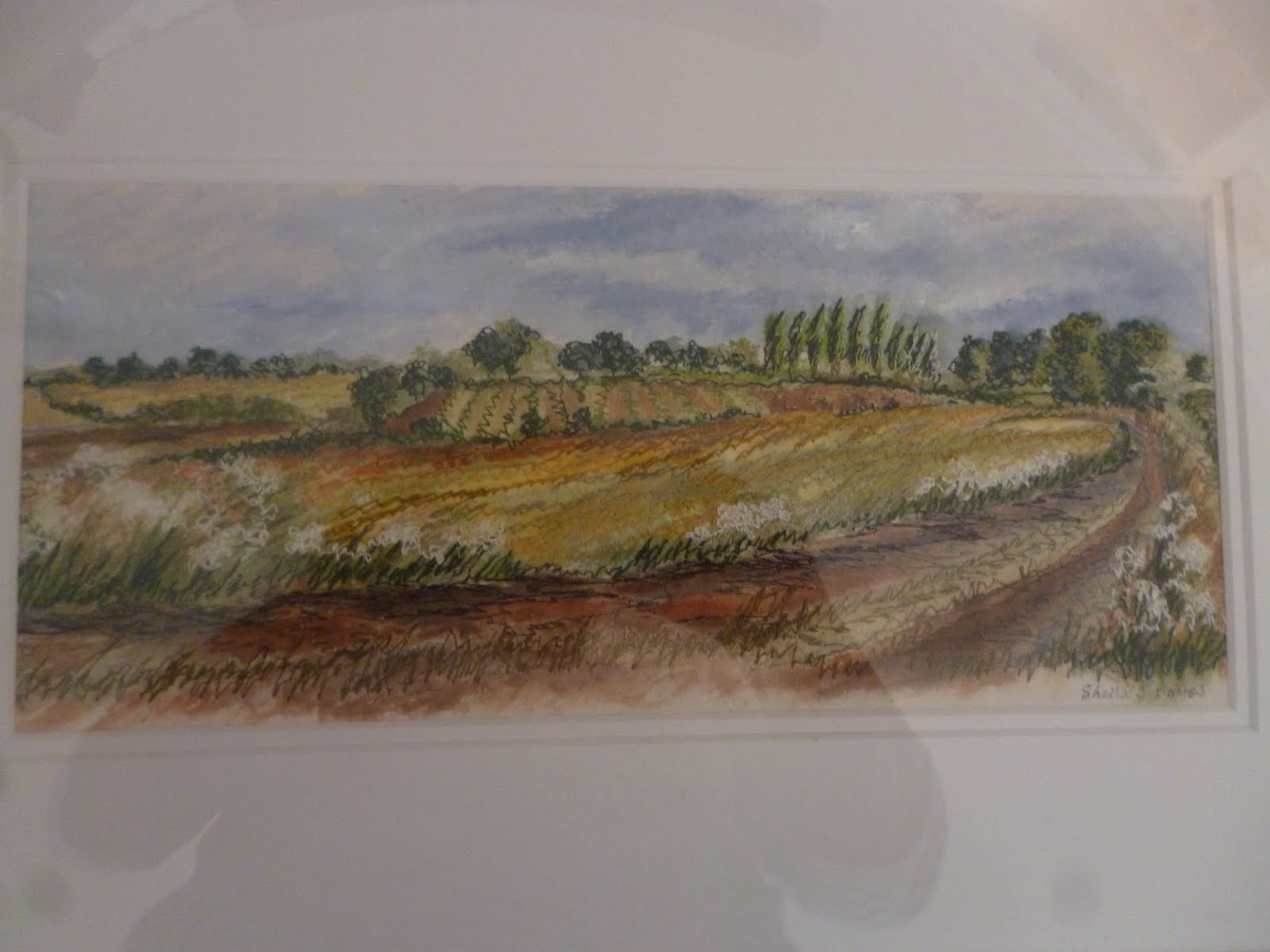 jenny
I like designing, making and sharing what I like through this blog. Before I got passionate about handmade things I was a journalist.

I am very happy for my photos to be used on other peoples' blogs if they credit them to me and link to this blog. ie www.jenny-handmadehappiness.blogspot.com or www.jennystacy.co.uk Thanks.